Liberating Play by A. Gilbert — Journal of Games Criticism

Anthropy and Sicart discuss the centrality of games within the discipline of game studies and consider how lessons learned from play studies might curb stagnation in the field.

One of the things that I want to liberate play from is games. In my
opinion, the notion of gaming, and in particular the video game, is
probably the most conservative form of expression we have. The video
game is as conservative as one can imagine. Humans have a creative
capacity of playing—playing with others, playing together, of creating
things to play. We’ve constrained play and forced it into games. I would
like to liberate play from games.

Would it be fair to say that most of the comments in that article that refer to the current situation, and how games are perceived and what expectactions are and etc, have more to do with mainstream gaming than indie gaming?

I ask because, once again, I’m out of the real-life loop and I thought, well, new thread, let’s get some things clear black on white before we proceed. I always find it strange to see people speaking so vehemently about making less-gamey “games”, as though they were fighting an uphill battle and had to contend with criticism at every step. I find it strange because I am not a fan of mainstream gaming myself, so naturally the games I gravitate to are more likely to be indie, experimental, and quite to my tastes. So I never see the struggle; I’m looking in the other side. Which doesn’t mean it’s not there; just means I’m always going “There is a war?”

In this day and age, though, is it still that much of a struggle? The audience for mainstream games is probably always going to be bigger and have more money to spend, so it’s more profitable to keep churning those games out, but experiences like Gone Home, Anna, Digital: A Love Story, The Stanley Parable, those are also accepted part of the landscape now.

I seriously would have thought that by now less-gamey “games” did not have to fight so hard to defend themselves. Could you please set me straight on the current situation? Many thanks.

things have been uniquely named for a reason

but since the “games industry” is where the money is at, everyone wants a piece of it

I don’t always agree with you, but you do have a point there. Games generate considerable revenue; if things which are not games had as much attention and revenue, they would not need to call themselves games just to jump on the bandwagon and keep themselves afloat, even if it is in detriment to themselves. But, what can anyone do at this stage?

This seems to support Vlaviano’s previous “TA vs IF” clearer distinction.

I’m utterly clueless as to whether what I write is games or play, but…I like stuff that puts ideas across, and not just ideas that seem new but that are new. And I think mass-marketed stuff can’t do too much new, or it’ll turn people off.

I don’t see the game/play divide so much as I’ve kept away from the whole game industry. I’ve found enough for a lifetime of games in just old NES stuff so I don’t need to buy anything.

Also the game industry, being an industry, looks to maximize customers and profits with activities like these (Cracked has many good articles like this) : 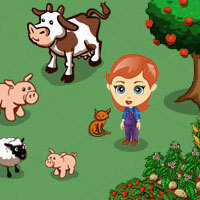 5 Creepy Ways Video Games Are Trying to Get You Addicted

Video games? Addictive? Absolutely. And the designers did a damn good job, also.

If an experience isn’t about fun or learning but about addicting you to a pattern, then whatever it is, it should be avoided. This can happen with a big producer or an individual writer, but if I sense the enjoyment is less than “I better keep playing,” sort of like if I waste an hour on a Facebook match-3 game that plays a bit unfair, then I walk away.