I’d like to start seeling my services as a voice actor, possibly to Indie studios who need voice actors but can’t pay full-fledged professionals.

I don’t know where to start, or who to contact. What I do have going for me is:

It’s just an idea I’ve got as of yet, because I’ve got nothing concrete. I know I’ve got way more than most amateurs, but it’s still amateur, strictly speaking. Though I approach every acting/singing project with a professional attitude. I’m deadly serious about it.

I’d like to make a few extra euros out of this, but I expect nothing major. Just a side thing. I’d love to do character voices for adventure games…

Anyway, that’s the idea. Something off the side for me, and giving something back to adventure games, textual or graphical, which I love so much.

I kinda have no idea where to go from here, though.

I was wondering whether anyone knew someone, or some project, I could ask.

Do you have something like a portfolio, samples of what you have done or could do? That might help people decide whether you’d be a fit or not for their project. Just a thought…

There’s Phoenix Online Studios, which is working on The Silver Lining (non-commercial King’s Quest sequel) and no doubt some commercial games as well, and Crystal Shard, which made Heroine’s Quest (I don’t know if they have any new projects in the works). HQ was a non-commercial project though, so I dunno whether they paid the voice actors. I suppose you could try to find out where some of these places tend to advertise when they are looking for voice actors, and what they tend to ask for?

Two good ideas, thank you! I’ll also drop Wadjet Eye games a line, I chatted a bit with Dave Gilbert while I was in AGS and he was yet to even think about The Shivah (his games were always the finest of the AGS lot, I always thought). He uses great voice actors, so maybe he could advise me on whom I should be talking to.

Hhhhhhhhhheeeeeeeeeeeeyyyyyyyy, I KNOW those guys! Specifically, I know that guy!

Radiant! Wow, he’s got himself a nice catalog! I remember META and Infinite Monkeys and, of course, A Tale Of Two Kingdoms and even Warthogs, that was a MAGS entry I think (Monthly AGS competition, kinda like speedIF). I remember Subterra being a hot new thing!

Thanks a bunch for bringing him back to my attention! His avatar in AGS used to be the black wizard from Final Fantasy, and I always associate that image to him. Amazing coder, just amazing.

Oh, man. What a crazy game.

I remember Subterra being a hot new thing!

I’ve played some of the other games you mentioned, but “Subterra” is new to me. I checked the AGS games list but it’s not there. Any download links for that?

Adventure games, action/puzzle games, and strategy/RPG games for all ages!

This is their home page, on the Action/Puzzle cathegory you’ll find SubTerra.

I’m not sure it’s an AGS game at all, which would explain its absence!

http://www.crystalshard.net/
This is their home page, on the Action/Puzzle cathegory you’ll find SubTerra.

Wow. Looks like they’ve spruced up the homepage. Wasn’t this professional-looking before. Bookmarked!

I was, too. At least until I realized I was collecting more games than I could play in my spare time.

Every now and then, I still play the occasional MAGS game just because they’re a little smaller.

As someone once suggested to me when I expressed an interest in voice acting and machinima, I think you should make some videos of you providing a voice for an existing game or just take some third-person game and add some dialogue ala “Red Vs. Blue”. You’ll have a nice showcase of your ability to shop around with. As for myself, it was always too far down on my list of creative projects to ever get around to.

I realized I couldn’t give any advice–but, good luck! Hope you’ve already put some of these ideas into actipn.

I’m late to this thread, but there are many professional voice actors who “work at home” in their own studio, recording their own voice as directed by scripts (possibly over Skype or simliar). I listened to a podcast where the male actor in FIREWATCH said he has done this, and I think the people who consistently do bump promos for certain stations mainly do this as well.

Voice actors usually have a “demo reel” which is usually a sound file of very quick cuts of actual voiceovers they’ve done, or a collection of short clips of copy they read to show their range and versatility.

Back in the day, they always said not to make your reel without being in a professional studio, but I doubt this applies as much as it once did. 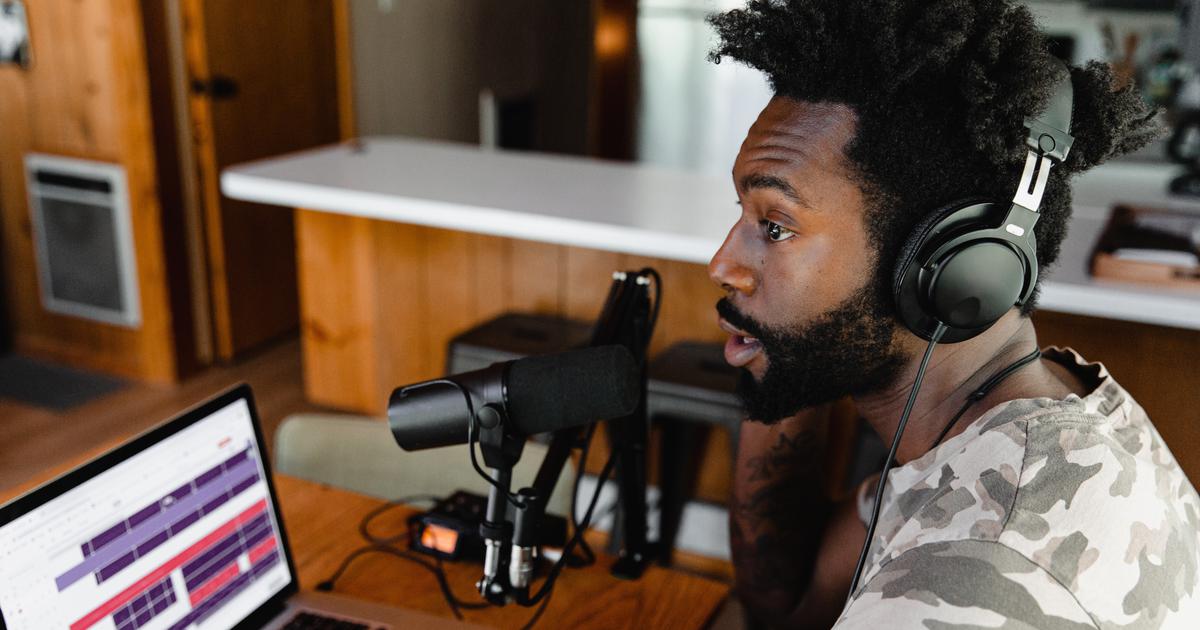 Voiceover artist Jewel Elizabeth breaks down the creation of a VO reel that will grab listeners’ attention—and get you work.

Here’s an actual example of one: